The leading cause of why a generator may fail to produce power is the loss of residual magnetism. A generator works by running electrical conductors across a self-made magnetic field. By default, generators lack magnets. However, converting the generator’s voltage output into DC (direct current) and supplying it to the coil in the engine creates an electromagnetic effect referred to as a magnetic field.

1. Keeping the Generator Out of Use for a Long Period

Residual magnetism loss is most common when the generator has not been in use for an extended period. This means if your generator powers appliances in your home, then sit idle over a long period, like six months, it’s likely to lose its residual magnetism. It is because the self-made magnetic field dissipates during prolonged periods of inactivity.

You can avoid this by running your generator for ten minutes once a month when idle for an extended period. Doing so will recreate the fading magnetic field and also help in keeping the engine’s parts lubricated.

2. Leaving Connected Loads Even After Shutting Down the Generator

Plugged-in appliances will continue drawing power even after you shut down the generator. Drawing power from a shut-off generator is like draining its battery. The residual magnetism will gradually decline until there is none left to generate power.

Ensure you turn off the switch or breaker and unplug all the loads before shutting down the generator.

3. Running a Generator for Long Hours With No Load

The self-made magnetic field in a generator is only strong enough to produce power when loads are connected. Electrical load creates resistance which pushes the generator’s engine to create a strong magnetic field.

Never let your generator run without a load for more than fifteen minutes.

4. Improper Shutting Down of the Generator

Incorrect shutting down of a generator can result in the loss of residual magnetism. If you shut down your generator by turning off the switch, it will cause extra wear and tear on the coil. The more you do this, the more the damages. This results in a lesser efficiency coil, which means less power generation from your generator.

A proper shutdown requires you to stop the engine by cutting off its fuel supply. And this is done after you have disconnected all the plugged-in appliances. Alternatively, you can pull the choke when you turn off your generator to allow it to cool down faster, and this will prevent any further loss of residual magnetism.

5. Allowing Your Generator to Run Out of Fuel When It’s Running

6. Loss of Residual Magnetism During Transportation

New generators can lose residual magnetism because of vibrations that it experiences during transportation, especially when it’s a long distance.

How to Recover Lost Residual Magnetism

There are some ways you can recover your generator’s residual magnetism. Here are some of the ways: 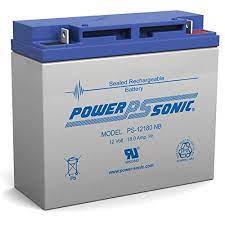 Look out for your generator’s voltage regulator and disconnect the dual wires connecting to the generator brushes. Mostly, these two wires are color coed; one is red, and the other is white or black. Hook up the white or black wire to the generator’s ground battery electrode. Switch on the generator and start the engine. With a 12 Volt battery, link the red cable to the red wire terminated from the terminals and allow the connection to stay put for about three seconds. Detach the wires and replace the plug. Your generator should now be ready to produce power again.

While making this connection, ensure the automatic voltage regulator is disconnected. If not, you’ll end up damaging the AVR.

Connect a drill into one of the generator’s outlets. If you are using a reversible drill, adjust the switch to the forward position. Power on the generator. Depress the trigger on the drill as you rotate your drill’s chuck in a reverse direction. Doing this will trigger the field, and your generator will produce power.

If rotating the chuck in reverse doesn’t work, try turning it in the opposite direction, and it will work out if the reverse switch is at a backward position.

In case the two methods above fail to restore the generator power, consider replacing the Automatic Voltage Regulator.

Other Reasons for Your Generator Not Producing Power

Besides the common reasons stated above, here are other causes of your generator failing to produce power;

A generator will not produce power if the overload breakers have tripped. Check why the breaker has tripped and provide a solution before powering the generator again.

When your generator brushes wear out, the generator will produce a low amount of power and finally stop producing power. If this is the case, you can fix it by replacing worn-out brushes with ones.

A faulty AVR will cause a loss of excitation, which leads to a fall in the voltage the generator produces, thus affecting the unit’s power output. You can replace a faulty AVR with a new one.

A functioning capacitor triggers voltage into the rotor and regulates voltage too. When the capacitor is defective, the generator will generate low power than it is expected.

If you are not sure why your generator is not producing power, checkout with your generator’s brand local dealer for servicing and repairs if need be.

Why does my generator run but no power?

How do you remagnetize a generator?

Remagnetizing your generator is done through the electric drill method. Plugin the drill into the generator’s outlet, power on the generator, and start spinning the drill’s chuck to generate an electric current. This current will remagnetize the generator’s field windings.

What causes generator to stop working?

A generator can stop working because of several reasons, which include;

Before you attempt any repairs on your generator, get to know the source of the problem.

How do you reset a circuit breaker on a generator?

When you overload a generator or when it detects there is a short circuit, the breakers will trip and shut down the generator. You can reset the circuit breaker by allowing it to cool down and start it all over again using a power switch but with no load. Only plug in a load after the generator has stabilized. In case of any difficulties, check the generator’s user manual.

Do generators lose power over time?

Yes, generators lose power as they age. It happens so because of the regular wearing and tearing of its components, leading to low efficiency.

Do generators have permanent magnets?

Most portable generators don’t have permanent magnets. Instead, they generate a magnetic field when the engine is running, which reduces its magnetism after the generator shuts down.

What happens when a capacitor fails?

A capacitor induces and regulates voltage into the rotor. When it fails, the generator will produce less power, and in some cases, the generator may altogether fail to generate power.

Generators can be a lifesaver if you live in regions with frequent power disruptions. However, these generators may fail to produce power when it is needed most. And the leading reason for the loss of power in generators is the loss of residual magnetism. Luckily, you can use the 12-volt generator battery or electric drill methods to recover the lost residual magnetism. Other correctable causes of a generator’s loss of power include a tripped breaker, worn-out brushes, a defective AVR, and a faulty capacitor. Do not attempt to repair the generator yourself if you are unsure of what you are doing; instead, consult a certified generator technician for any deep repairs.