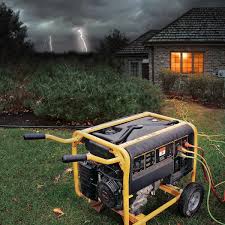 Inverter generators are those models of generators that come with an inverter that converts DC to AC power. In most situations, people use this type of generator as their outdoor activities power source, including working sites and some as a home power backup plan for emergencies. Many may ask, why are inverter generators so quiet?

These models’ popularity seems to be on the rise thanks to their portability, silent operations, and fuel-efficient features compared to non-inverter or conventional generators.

Among the three features of inverter generators, the mode of their silent operation makes them special.

Before we go deeper into why inverter generators run quietly, let’s get to know why generators generally make noise when they are operating.

Why do generators produce noise when they are running?

For a generator to produce power from fuel, there has to be combustion of that fuel. The combustion takes place in the engine, and it involves rotational of mechanical parts, which is referred to as running of the engine. This is what leads to the production of noise. This is one of the known differences between inverter generators and other conventional generators.

When the generator is at full capacity load, it will burn more fuel as the engine will run more to deliver the demanded power. At this stage, the engine will be struggling to run at 3600 RPM (rotation per minute), which also explains why they are noisy.

When it is at half capacity, the engine is not burdened with producing more power, and it is expected to reduce its noise level production.

Noisy generators are those which produce from 65 to 75 decibels noise levels. This noise level is similar to that of most jackhammers and chainsaws in the market.

Why are inverter generators so quiet?

As mentioned above, inverter generators operate at low noise levels because of their mechanical operations and physical design. 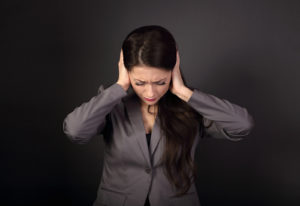 Inverter generators are equipped with high-tech features that produce power in three phases, with clean electricity being the final power produced. How does this happen?

Additionally, these models can regulate their engine speeds, regulating noise production depending on their load capacity. Inverter units are more silent when they are on a minimal load.

In non-inverter generators, they directly generate AC which does not go through the three phases of conversation.

For a non-inverter generator to deliver a power frequency of 60Hz, it must constantly run at a speed of 3600 RPM, which makes it noisy.

The body casing of an inverter generator receives most recognition for minimizing the engine’s noise level.

The casing is made from insulated and sound-reducing materials, which are good in absorbing made by the generator.

To further reduce the noise produced by an inverter generator, manufacturers have added mufflers that reduce the engine’s noise.

Mufflers effectively reduce the noise levels produced by generators; it is estimated that they can reduce more than 10 decibels depending on the material used to make them.

On other casing features, it is more enclosed and compact than non-inverter generators; this design limits the spreading of vibrations and sound waves.

Therefore, it is sufficient to state that inverter generators are so quiet because of the conversion of their AC-DC-AC current mechanism and their physical design aspect.

When do you need to run a quiet inverter generator?

Even so, if you are an RV traveler, there are some distinct state regulations on the allowable noise levels in camping sites, nature reserves, and national parks.

While a conventional generator may produce more power than an inverter unit, you will have to go for the latter as your power backup plan because of its low noise production level.

This is because high noise levels can be a disturbance to wildlife present in the area. Additionally, such areas have fewer buildings, any noise produced can travel far. For this reason, an inverter generator is the best power source for your camping and RV traveling needs because of:

If you need more power output and still want to operate in a silent environment, you can parallel connect two inverter generators to meet your power needs.

While it may be impossible to make a non-inverter or conventional fuel-powered generator run quietly as an inverter generator, you can reduce its noise level. Here is what you need to do:

The inverter generators’ silent operation mode is achieved because they are equipped with high inverter technology that automatically regulates the engine speed depending on the load capacity.

The inverter generator’s physical design guarantees noise absorption thanks to the insulated and sound-dampening materials used on its casing.

The compact case design also restricts the spread of noise that the engine may produce.

Inverter generators are the best option when you need to have a power back up plan in neighborhoods with strict noise level controls.

An inverter generator is also the best choice of a portable power source for camping sites or national parks.

You cannot make a conventional or non-inverter generator run quietly. Still, you can lower the noise level it produces by ensuring that it is running on a soft surface, and you can also install sound deflectors.