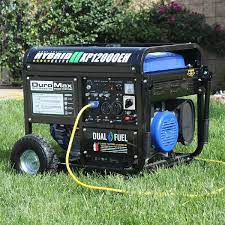 DuroMax generators are made by DuroMax Power Equipment in Ontario, California. The company has distribution centers all over the USA and Canada. The manufacturer is famous for making engines and power tools. The company started making these generators in 2003. However, the manufacturer has been making power tools, engines, and other accessories for power equipment since 1989. Today, they are among the top manufacturers of reliable single and dual-fuel generators globally.

Why Are DuroMax Generators Popular?

There are numerous manufacturers of generators in the market today. Among the most popular brand is DuroMax. Here are some of the reasons why this brand is famous:

If you are looking for a budget-friendly generator capable of doing almost everything, DuroMax generators will be at the top of your list. The manufacturer’s wide range of generators can do more and comes at a fraction of the price.

DuroMax makes both heavy-duty and light-duty generators like DuroMax XP15000EH for powering heavy voltage appliances and DuroMax XP2200IS for powering light-duty appliances. DuroMax generators run on either gasoline, propane, or diesel, with specific models allowing users to switch from propane to gasoline use. This allows users to choose their preferred fuel source depending on which option is available.

They are built strong

DuroMax generators are strong and durable. They are perfect for all environments, including camping, RVing, and construction sites. The cast-iron sleeve design on all DuroMax models makes them tough and protects the engine from rough handling.

With the various outlets in the US, it is easy to access components and spare parts of Duromax generators across the USA. You will not have to worry about replacing worn-out parts because of their unavailability.

Duromax models come with a wide range of user-friendly and safety features. Some of these features include:

Running a generator on low oil can burn your generator’s engine. However challenging, you don’t have to worry about the oil levels with a low oil warning system. The warning system will shut off the engine when the oil is extremely low.

Overloading your electrical system can be dangerous; it can also damage your generator. With the presence of overload protection breakers, Duromax models will safeguard you from such risks. Overloading in generators occurs when the power demanded by your appliances is more than what the generator can produce.

Normal generators are noisy; however, Duromax generators come with modified mufflers, making them less noisy than ordinary models in the market. They have super-quiet mufflers that lower the decibel output.

You can extend the Duromax generator warranty for up to 2 years.

They are EPA and CARB compliant

DuroMax generators are safe to use. They meet emission standards set by CARB and EPA.

DuroMax offers a wide variety of generators to its customers. Some of the best models in the market include those in the XP series, and they include:

It is the most powerful dual fuel generator made by DuroMax. It is the perfect powerhorse for meeting your high power demands at home or a construction site.

Equipped with a powerful 713cc V-twin engine, this model delivers a starting wattage of 15,000W and 12,500 running watts when running on gasoline. Powering its engine with propane delivers 14,250 starting watts and 11,400 running wattage. Regardless of whether you will use gasoline or propane, you are sure of high power output. Its power output can be likened to a standby generator, but this has the additional benefit of being portable. You can power almost every electrical appliance at home with this model.

The generator has a fuel tank capacity of 10.6 gallons (gasoline). With its fuel tank full, this generator can operate for about 8 hours with a 50% load. If you prefer using propane, you will require at least 60 pounds propane tank to achieve a similar runtime of 8 hours at half load. Whether you are running it on propane or gasoline, you are sure of the extended operating hours of your high voltage appliances.

On its power panel, there are multiple power outlets for your different power needs:

With the above power outlets, you can plug in a variety of appliances simultaneously. For easy monitoring of the power output, this generator comes with a digital voltmeter.

This generator weighs about 380 pounds. However, to compensate for its heaviness, the generator comes with 10-inch never-flat wheels for easy movement once it’s on the ground.

This model is one of the reliable and portable home power backup solutions made by DuroMax Power Equipment. It is also the perfect choice for powering your outdoor power tools and other electrical appliances. This category has single and dual-fuel-capable generators.

DuroMax XP12000EH has a 457cc OHV engine that generates 12,000 starting watts and 9,500 running watts. This power output can run multiple high amperage tools at home or in a construction site with minimal fuel consumption compared to XP15000EH. For high-power demanding applications such as RVs, you can choose to run the generator on a 120V or 240 voltage. When running on propane, the generator can deliver about 9025 running watts and 11,400 running watts. The differences in the power output when either running it on gasoline or propane is negligible.

The model has a fuel tank capacity of 8.3 gallons which can guarantee a runtime of around 8.83 hours when running at half load. This runtime is enough for anyone looking for a powerful generator for running overnight. When running on propane, it achieves about 7.2 hours of runtime at 50% load. This generator is fuel-efficient, a feature that every homeowner is looking for when shopping for a generator.

The available power outlets on this model of Duromax generator are:

You can connect various appliances on this generator when there’s a power blackout or when out there in a place with no connection to the main grid.

XP10000EH is a reliable dual fuel generator. You can either choose to run it on gasoline or propane. It is easy to transport for your outdoor power requirements, and it can power almost all the essential home appliances during a blackout.

When running on gasoline, this generator can deliver a starting wattage of 10,000W and 8,000W running wattage.  Running it on propane delivers a low power output of 9,500 starting watts and 7,600 running watts. This is adequate power for running a refrigerator, an AC unit, and other heavy-duty electricals.

The model has an 8.3 gallons fuel tank capacity. On a full tank, this generator can run for about 10.4 hours at half load. When running on a 40 pounds propane tank, this model can achieve a runtime of 8.6 hours when running at half load. Both fuel options offer a reliable runtime for saving you from a blackout emergency.

On the power outlets, this generator boasts of:

It has an additional 12V DC outlet for easy charging of your batteries, including an RV battery. This generator also has an inbuilt voltmeter for easy monitoring of its power output. It is a perfect generator for powering an RV unit.

Duromax XP4400E is a dependable generator during emergencies. It may not be as powerful as the first three models, but this generator is perfect for a home backup plan for camping, RVs, and job sites.

This generator has a powerful 212cc engine that can deliver 4,400 starting watts and 3,500 running watts. This power output can power several appliances, including a refrigerator, AC unit, and several power tools.

The Duromax XP4400E has a 3.96-gallon fuel tank capacity. On a single tank, this generator can operate continuously for about 11.46 hours at half load. Even though the runtime is good, it will limit the number of appliances to run to achieve the 11.46 hours runtime. The model also has a low operating noise level of 69 decibels.

This generator weighs about 122 pounds which is relatively portable. To improve its portability, the generator comes with a never-flat wheel kit that makes it easy to move the generator once it is on the ground.

The power panel features several power outlets, which include:

Thanks to the DC outlet, you can conveniently charge external batteries, including an RV using this generator.

If you are looking for a quiet and unsurpassed generator from Duromax, this is the generator to go for. It is a digital portable inverter generator. It has a digital control center to monitor its fuel level, running hours easily, and power output. Despite its small size, this generator can run on either gasoline or liquid propane.

Duromax XP2300iH produces clean power ideal for powering your delicate electrical appliances. It also operates quietly at 52 decibels when running on a quarter load. This noise level will barely bother anyone around.

It has a small fuel tank that can hold 1.1 gallons. On a single fuel tank, this generator can achieve a runtime of 6.5 hours at half load. While a 20-pound propane tank can power it for around 18.1 hours when running at half load.

Available power outlets on this model include:

You can conveniently charge your handheld devices such as smartphones and tablets via USB outlets. While this generator is not RV-ready, you can connect a simple RV connection adaptor to the 120V 30A outlet.

This generator has a carbon alert feature that signals when ambient carbon monoxide levels are becoming dangerous. It also has an eco-mode switch to run the model on an economy mode and achieve high fuel efficiency.

Other types of generators made by Duromax include:

What generators are made in the USA?

There are numerous generator brands made in the USA; they include:

Who makes the Duromax generator engines?

Duromax generator engines are made by DuroPower, headquartered in Ontario, California. The company does not import or rely on other firms for its engines or components of the Duromax generators.

How long do Duromax generators last?

Are Duromax generators made in the USA?

Yes, Duromax generators are made in California by DuroPower. The company prides itself in building all components and engine parts used in its generators. There are about 20 different Duromax generator models in the market.

Are Duromax generators any good?

Yes, Duromax generator is a reputable brand in the market. Most people love Duromax generators because they are high-quality, durable, and easy to use for everyone. These generators operate relatively quietly, thanks to the mufflers used in making them. So you don’t have to worry about their noise level when camping or when powering one in an estate. Their reliability, user-friendliness, affordability, and low noise output make Duromax generators loveable.

What is the difference between Duromax and DuroStar generators?

Duromax Power Equipment makes both models, and they are among the top generators one can invest in today. However, Duromax generators seem to be relatively cheaper when compared to Durostar models, making Duromax models ideal for anyone looking for an affordable generator. Other differences in these two generator types include the motor cover design, model names, and paint color. 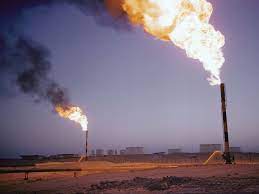