Electric power generators are a common source of harmonic distortion in both transmission lines and systems that use electrical equipment. Understanding how it affects your system’s performance can help you ensure its reliability.

Therefore, controlling or mitigating total harmonic distortion has been a significant challenge in power engineering. This is primarily due to new high-power devices such as variable speed drives that drive electrical generators.

That’s why in the following guide, we’ll delve more profound into what Total Harmonic Distortion (THD) is, how it interacts with your Generator and offers some tips on ways to reduce it.

What Is Total Harmonic Distortion (THD)

To understand what THD means, we first need to grasp some fundamentals about electricity.

As additional voltage gets generated, their interaction creates mutual inductance that contributes harmonics to the output signal generated by a three-phase, four-wire AC system operating at 50 Hz.

These additional frequencies are known as harmonic distortion or Harmonics. They can cause severe damage to nonlinear loads such as TVs, power amplifiers, air conditioners, or other equipment without adequate protection. They also cause interference if they propagate through power lines (e.g., transformers).

So basically, THD on a generator refers to any distortion that occurs in a pure sine wave when you apply additional load on that sine wave. In other words, there will be distortion if there is too much or too little current (or voltage) in a load compared to what a perfect sine wave can deliver.

Check out this video to understand more

For example, if you have a load rated at 60 Hz, but you can only push 55 Hz things may be running slower than they should because power levels aren’t aligned correctly. In essence, one of two components failed to give what was required.

Nonlinear devices are electronic circuits sensitive to the input voltage and current. The output signal is not proportional to their input, as expected from a linear device. Nonlinear elements include diodes, vacuum tubes, transistors, and operational amplifiers (op-amps).

Voltage fluctuations from power sources are arguably one of the most common causes of harmonic distortion in audio systems. Because voltage fluctuations cause current fluctuation, your amp gets forced to draw more current from your electrical source when voltage levels become too unstable. These imbalances can overload your amps and add extra harmonics to your system. 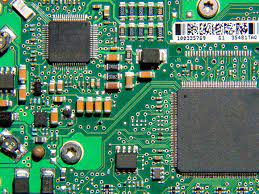 When it comes to PCBs, there are two different kinds. The first type is a blank PCB, where there is nothing on it, and you need to start from scratch. The second type, however, has components already on it. These are called surface mount PCBs (PCBs).

Many SMPCBs have poorly placed components that can create excessive harmonic distortion in your design. They also leave very little room for routing wires for low-impedance high-frequency signals.

If a cable’s impedance doesn’t match what it should be for a particular system, distortion can occur in varying amounts. For example, if your home theater is designed to work with cables rated at 75-ohm impedance, but you use 100-ohm cables, you may experience distortion since signals won’t travel through the cable as quickly.

Cable impedance is usually measured in ohms per kilometer (or ohms/km). The lower it is, the better your sound quality.

1. Install Capacitors in Parallel with Loads

To reduce harmonic distortion, install capacitors in parallel with loads. Most generators have ample internal capacitance, but it’s not enough for specific heavy-load applications, such as welding or long runs of high-voltage power lines.

Capacitors can help reduce THD by providing extra current during high load events and at a frequency that’s one-third (or less) of your generator output frequency.

The capacitors should be rated for continuous service and installed close to the Generator, ideally within 30 feet. Also, keep them clean at all times and avoid getting water near them.

A ground-fault circuit interrupter, or GFCI, is a device that interrupts current flow in a circuit when it detects a voltage drop. This prevents dangerous shock and electrocution in areas where there may be moisture or contact with live parts of machinery.

By adding these safety devices to your Generator (there are both plug-in and hardwired models available), you can reduce total harmonic distortion and potentially save lives. To do so, follow your Generator’s wiring instructions carefully or hire an expert. 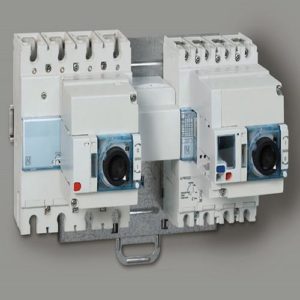 An auto transfer switch is a safety device installed parallel with an existing circuit breaker. If a fault occurs, such as loss of power, it will automatically transfer power from Generator and into your home safely.

As a result, less power gets lost as it travels from your Generator out into your home, and there are fewer surges in voltage. Ultimately, this helps reduce the total harmonic distortion.

Isolation-transformers are designed with a topology that minimizes harmonic development by eliminating capacitive and inductive coupling between voltage and current sources or multiple current sources. Utilizing an isolation transformer at each end of power distribution systems will help reduce total harmonic distortion.

To install one, attach it between your Generator and the main load center of your home or business. And luckily, isolation transformers are inexpensive compared to the operating costs of running an inefficient generator for extended periods. Therefore ensure to use them whenever possible.

Although an installed electrical system will likely already have them, adding additional harmonic filters is a simple way to reduce distortion. These filters are designed specifically for reducing 3rd and 5th-order harmonics from generators.

Using both primary and secondary filters can go a long way in reducing total harmonic distortion.

However, be aware that it’s challenging to find small harmonic filters at once. Thus, check to see how much space you need before buying any equipment. Also, remember that frequency-dependent harmonic power filters require special installation procedures.

Another common cause of harmonic distortion is voltage spikes from a generator. Most generators have a high-voltage output, but if you are getting an abnormally high reading, it may be time to replace your filter capacitors and install new spark arrestors. Regular maintenance for these items can improve overall efficiency and reduce stress.

A mismatch in load size can create a distorted output voltage. To reduce total harmonic distortion, match load size with generator size. Generators are designed to match specific power consumption in watts. If you don’t match your load size properly, you risk damaging your Generator.

Frequently Asked Questions on How to Reduce Total Harmonic Distortion

1. How can Total Harmonic Distortion be reduced?

The leading cause of THD is nonlinear load. You can reduce THD in various ways. To name a few, these include minimizing losses inside a generator, reducing line losses in an electrical line, and transforming magnetic energy into mechanical energy first, then electrical energy (particularly when running small induction motors for heating appliances).

2. How much total harmonic distortion is acceptable in a Generator?

Generally, 5% of total harmonic distortion is an acceptable Generator if you are in the electrical industry. Generators with more than 5% THD cannot be used for commercial and industrial applications where power quality matters most.

The low THD levels are because any device that generates AC requires a significant voltage drop across its internal components to complete its circuit. Otherwise, arcing occurs, and high temperatures develop from increased resistance.

3. What causes harmonic distortion in a generator?

Harmonic distortion is created when some of the mechanical energy from a generator’s rotor is converted into electrical energy by its stator instead of being transferred back into its power source.

The result is a fraction of that energy is turned into heat instead of effectively contributing power to your load. Therefore slightly reducing efficiency and higher noise levels in a generator’s output signal.

4. How do you reduce the harmonics in the EMF generated in the alternator?

You can reduce these harmonics by using a linear load device. If you replace your diode rectifier with a similar coil of wire, you will effectively turn your diode into a choke coil.

When using coils as alternatives to diodes, ensure that all connected components can handle that much voltage without failing from vibration.

5. Which filter is used to reduce higher-order harmonics?

6. How are even harmonics eliminated?

Using forced air cooling of equipment or electronic devices with forced air fans is the first elimination approach. The second option is to use modern generator building methods, such as double shielding.

Another way is by incorporating a harmonic filter into your Generator as a part of your shunt harmonic voltage regulator system.

7. What is a harmonic mitigating transformer?

8. How do you remove harmonics from an inverter?

Several methods are employed depending on the type of inverter (single or three-phase) and whether or not harmonic filters are already in place.

If it is a single-phase, and you want to reduce its harmonics by 30%, you will need one harmonics filter. But with a 3-phase system, you may need additional filters depending on your specific needs.

9. What is a harmonic reduction?

A harmonic reduction is any device or technique that reduces or eliminates one or more of a generator’s harmonics by passing them through a tuned circuit.

Pure power is only isolated from ground fault; you’ll still get noise generated by power lines through your grid-tie inverter. Isolation transformers provide essential protection against ground faults and some forms of voltage.

The two familiar sources of triplen harmonic distortion are nonlinear loads like vacuum motors and current imbalance between phases or windings within a motor.

12. Which harmonics are simple to remove from the system?

Only a few harmonic components are easily removed from a power generator by filters. These include 5th and 7th order harmonics. The simple reason for their relative simplicity is that there is less energy in those frequencies than in other harmonics, meaning less energy to filter out.

When you’re buying a generator or AC power supply, it’s helpful to understand some of the fundamentals of how harmonic distortion works and how you can reduce it.

Many generators brands claim to provide clean voltage but still have excessive THD levels, making them unsuitable for sensitive equipment.

Understanding what causes THD and which methods work best at reducing it will ensure your precious electronics don’t experience unexpected damage during downtime.